Home»Reviews»THE PRETTIEST GIRL ON STAGE IS A MAN 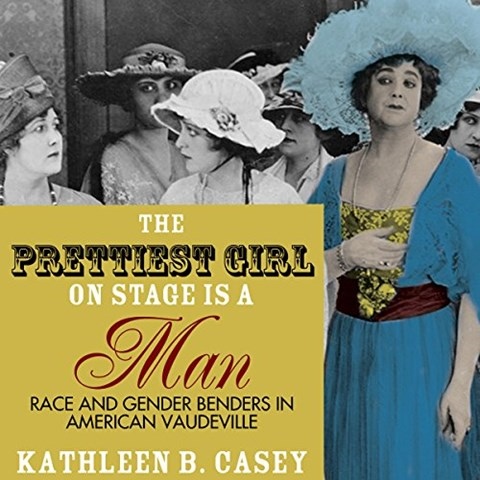 by Kathleen B. Casey | Read by Lee Ann Howlett

Narrator Lee Ann Howlett brings to life an array of American vaudeville stars from the 1890s-1920s whose acts reflect the cultural changes caused by immigration, racial discord, and changing gender roles at that time. With a conversational delivery style, Howlett creates a tough persona for singer Eva Tanguay, emphasizing her strength while performing racy songs of the period. Also portrayed is Julian Eltinge, a top female impersonator whose extreme masculine facade in real life countered speculation that he was gay. Howlett is most enjoyable as Lillyn Brown, a biracial woman who played a black dandy with a top hat, which she removed to display long hair as she sang suggestive songs as a woman. The great Sophie Tucker herself played in blackface, impersonated men and people of other races, and emphasized her Jewishness. Listeners will be intrigued to hear that Lady Gaga is considered a modern gender bender. S.G.B. © AudioFile 2016, Portland, Maine [Published: NOVEMBER 2016]