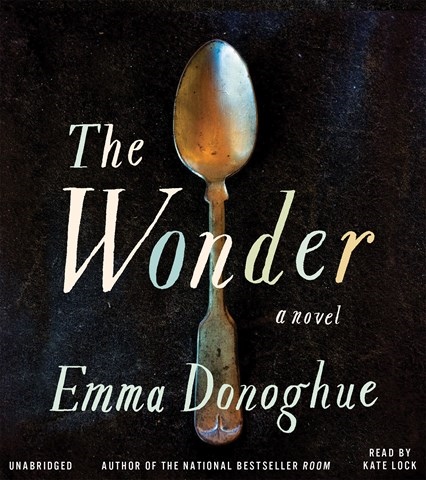 Another powerful novel from noted author Donoghue, this one explores the dynamics of science colliding with faith and faith as an escape from responsibility. Kate Lock’s deliberately paced narration is fully voiced—with occasional lapses when a line spoken by one character begins in the tones she has crafted so well for another. Her performance suits this historical novel and the Florence Nightingale-trained nurse hired to evaluate the truth of a family’s conviction that their daughter lives without earthly food but on the mana of her faith. The nurse evolves from dismissively scornful to life-affirmingly helpful when she discovers the root of Anna’s self-starvation. The child, her parents, a doctor, a priest, and a journalist play significant roles both in the story and in Lock’s portrait of rural Ireland in 1859. F.M.R.G. © AudioFile 2016, Portland, Maine [Published: SEPTEMBER 2016]