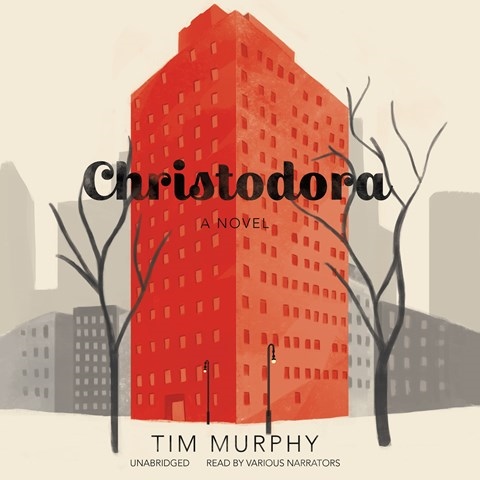 It’s said that any ensemble cast is only as strong as its weakest member, and in this audio performance, there’s not a weak link to be found. Each narrator in the group brings something unique and enjoyable to the production. The Christodora itself, a New York City building whose transitions reflect the city's evolution from the 1980s to the 2020s, is a central character in this fascinating story. Each narrator voices a person whose life pulses within those walls, and each does so with a distinctive personality and a vocal quality that add to Murphy's intense characterizations. Thought-provoking, precise, complex, and real, CHRISTODORA's narrators are a glorious reflection of the novel itself. L.B.F. Winner of AudioFile Earphones Award © AudioFile 2016, Portland, Maine [Published: OCTOBER 2016]