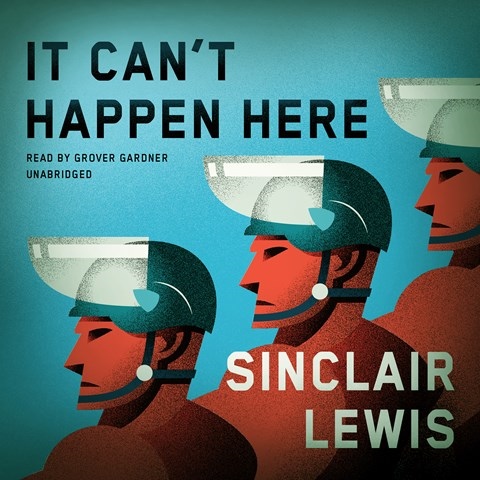 This audio version of the Sinclair Lewis classic keeps listeners riveted to Grover Gardner's restrained yet powerful delivery. The 1935 novel, which predicts a dystopian future, is truly crafted for listening. Gardner is masterful at bringing listeners into the workings of protagonist Doremus Jessup's worried mind. The small-town news editor is dismayed at his country's plummet into a dictatorship under President Buzz Windrip, a folksy fascist whose version of Brown Shirts is called Minute Men. He succeeds because of a gullible public and a willing corporate elite. The audiobook may remind some of our own recent politics. Lewis's satirical vision of an America mired in the Depression and bereft of hope is chillingly understated and stays with the listener long after the production ends. A.D.M. © AudioFile 2017, Portland, Maine [Published: JANUARY 2017]