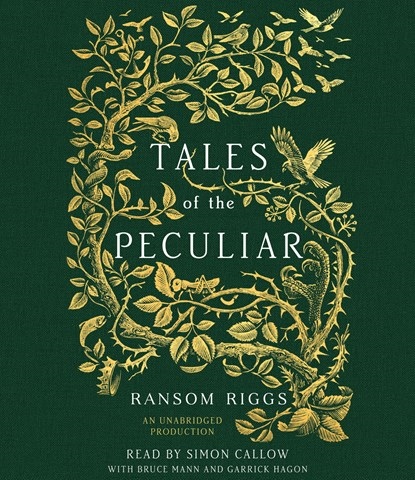 British actor Simon Callow delivers a delightfully whimsical performance of the collected stories that comprise this companion to the hugely popular Miss Peregrine’s Home for Peculiar Children series. His refined pronunciation gives the impression that the stories are, in fact, revered folklore handed down through the ages. Even as Callow maintains the scholarly tone of the omniscient narrator, he effortlessly navigates between Norwegian, American, and Irish accents and, perhaps most memorably, the voices of fantastical creatures. Bruce Mann and Garrick Hagon read the titles of each tale as well as the notes supposedly written by Millard Nullings, a central character in the Peculiar Children series. Devoted fans as well as newcomers to the world of the peculiar will be equally enchanted. E.M.C. Winner of AudioFile Earphones Award © AudioFile 2016, Portland, Maine [Published: NOVEMBER 2016]