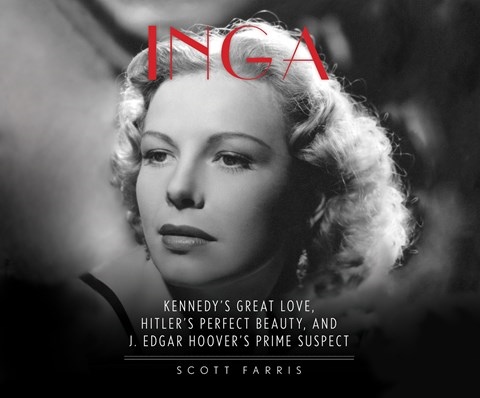 Danish journalist Inga Arvad is the complex woman who is purported to be the greatest love of JFK's young adult life. She was also a special guest of Hitler at the 1936 Berlin Olympics. Inga was a gossip columnist who was suspected of being a Nazi spy. The countless Hitchcockian twists and turns of her story are articulately recounted, though the author's narration leaves much to be desired. Farris takes a workmanlike approach. His delivery lacks any notable flair to engage listeners to follow the breakneck tour of Arvad's life. Sadly, several French expressions are mangled in pronunciation. A little-known great beauty who led an intriguing life is brought to life-- but without much listening appeal. W.A.G. © AudioFile 2017, Portland, Maine [Published: JANUARY 2017]