Home»Reviews»THE TURN OF THE SCREW 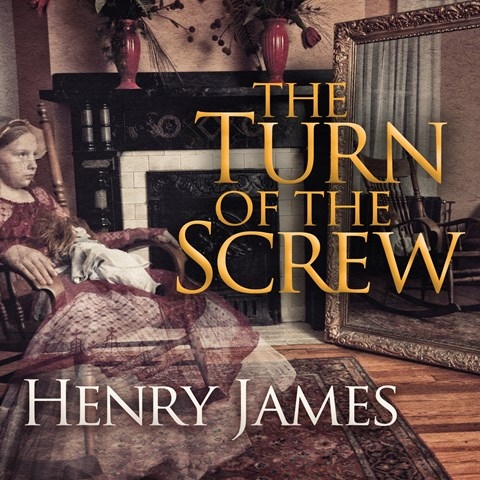 THE TURN OF THE SCREW

Henry James's novella tells the story of a governess whose two young wards are visited by sinister ghosts--or are they? Here is one of literature's original unreliable narrators. Written as a framed story, the audiobook has two narrators. Simon Prebble reads for an unnamed Christmas Eve party guest, and, although his part is relatively brief, he draws out initial anticipation for the ghost story. Rosalyn Landor carries the remainder of the narration from the perspective of the governess, whose written experience is read aloud by a friend. Landor adopts an earnest tone that expresses the tension within the story. Landor's emotion in the governess's and housekeeper's interchanges is intense, echoing the fear and uncertainty expressed in James's dialogue. Both Prebble and Landor's performances communicate the haunting quality of this troubling ghost story. D.M.W. © AudioFile 2018, Portland, Maine [Published: MARCH 2018]