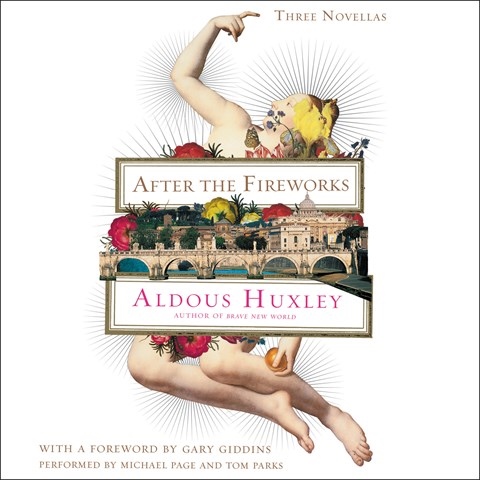 AFTER THE FIREWORKS Three Novellas

After 75 years in obscurity, the three Huxley novellas collected here not only continue his focus as a social critic, but also showcase his considerable writing gifts for language and character development. Narrator Michael Page's plummy English accent perfectly depicts the upper-crust Brits in these stories of the privileged on the Continent before and after WWI. Page exhibits his considerable narrative talent by using subtle variations in tone and intensity to effectively voice a diverse cast of personalities--male and female, young and old. Page's beautifully understated presentation of all the drama these characters manufacture as they pursue making themselves miserable will appeal to any listener who enjoys good writing, but offers a special treat for Huxley fans. M.O.B. © AudioFile 2017, Portland, Maine [Published: OCTOBER 2017]