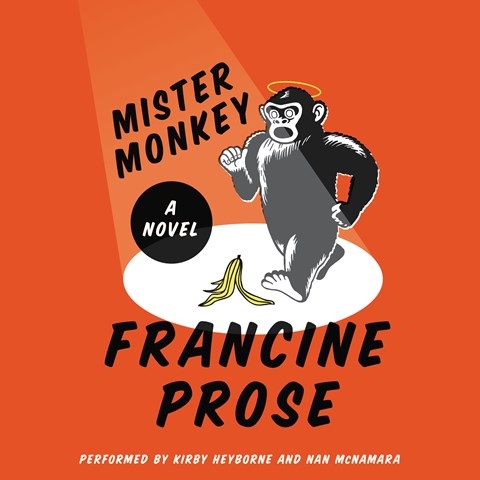 A darling orphaned chimp who is rescued from the jungles of Africa comes to live with his new family in New York City, and high jinks ensue. What could make for a better, more saccharine, children’s musical? Voice talents Nan McNamara and Kirby Heyborne seamlessly find the sweet spot between satirical and sympathetic in this richly observed tale of a cast of wannabe and second-chance actors who are trying to keep their beleaguered off-off-Broadway production afloat. Whether it’s Heyborne giving voice to a 5-year-old boy’s fear of switching schools or McNamara reflecting a “serious” actress’s mortification at finding herself onstage in a multicolored clown wig—the book is consistently funny and heartbreaking throughout. An achingly gentle, smart, and satisfying listening experience. B.P. Winner of AudioFile Earphones Award © AudioFile 2016, Portland, Maine [Published: OCTOBER 2016]