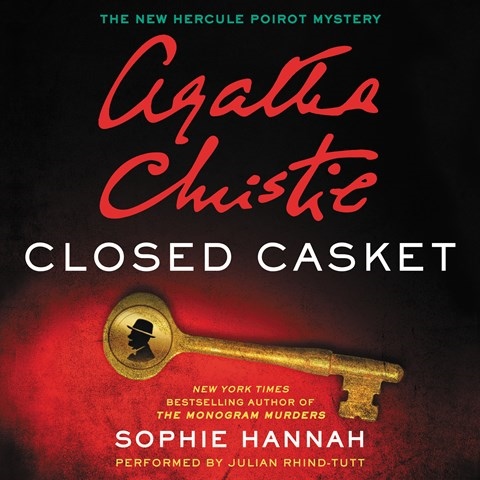 Narrator Julian Rhind-Tutt's only real challenge in this mystery is keeping the story moving as Poirot struggles uncharacteristically to solve the mystery of who killed a dying man (and why). Rhind-Tutt makes Poirot immediately recognizable. His portrayal of Edward Catchpool--previously seen in the first Poirot reboot, THE MONOGRAM MURDERS--is the perfect Poirot foil, expressing equal parts irritation and affection for the master detective. The suspects--the flighty Lady Athelinda Playford, her hearty son and his whining wife, her bitingly modern daughter and her forceful fiancé, and assorted upstairs and downstairs staff--are all distinct and well crafted. Despite story imperfections, Poirot fans will be delighted by Rhind-Tutt's second resurrection of the beloved Belgian detective. K.W. © AudioFile 2016, Portland, Maine [Published: OCTOBER 2016]