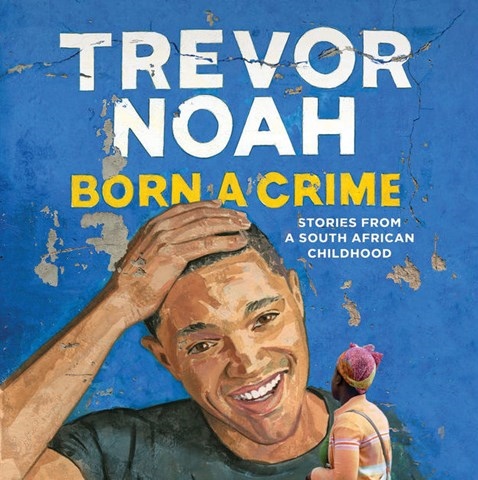 BORN A CRIME Stories from a South African Childhood

Comedian Trevor Noah’s stories of growing up in South Africa are vivid, sometimes harrowing, and often laugh-out-loud funny. The bonus of audio is that listeners get to HEAR Noah tell these stories in his South African-accented English, as well as hear him speak snippets of various other South African languages. Noah (who succeeded Jon Stewart as the host of “The Daily Show”) is a natural storyteller—skilled, engaging, and relatable. Growing up mixed-race (his mother was Xhosa and his father was white) in both pre- and post-apartheid South Africa meant that Noah constantly struggled to find where he belonged. Noah’s narration offers insights and intimacy, and as he gives voice to his mother, his friends, and his younger self, listeners are invited in to glimpse his world. J.M.D. Winner of AudioFile Earphones Award © AudioFile 2016, Portland, Maine [Published: DECEMBER 2016]