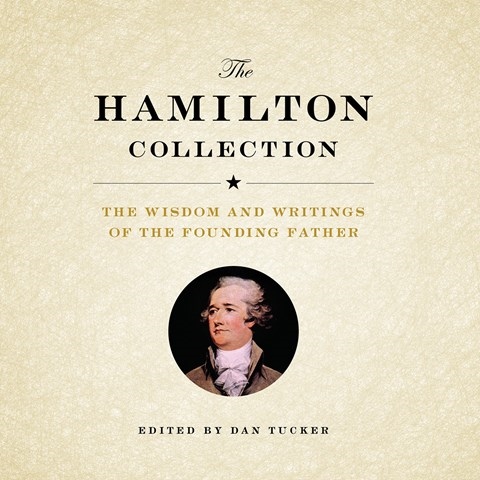 THE HAMILTON COLLECTION The Wisdom and Writings of the Founding Father

Narrator Peter Berkrot has a dilemma regarding his approach to this this audiobook. He tries to make the real Hamilton as fascinating and relevant as the character featured in the renowned musical, which the author mentions just three words into the introduction. But the material Berkrot has to work with, Hamilton's actual writings, is less melodious and absorbing. Berkrot does an admirable job, using his deep, breathy voice to keep Hamilton's words interesting and adding some ambiance with a slight Southern accent. He also paces himself well and reads very clearly. The result is a scholarly work that is more fun than most audiobooks of this kind, but a little more overwrought than it needs to be. R.I.G. © AudioFile 2016, Portland, Maine [Published: DECEMBER 2016]