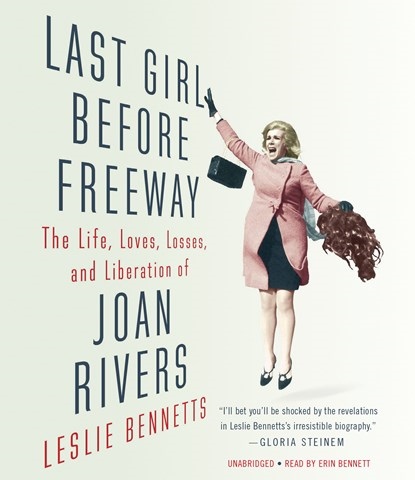 LAST GIRL BEFORE FREEWAY The Life, Loves, Losses, and Liberation of Joan Rivers

This is a superficial, lurid, and confused biography of the iconic comedian, who died in 2014 at age 81. Erin Bennett's narration is intelligent and effective, but it can't rise above the many problems of the biography itself, which brings nothing new to Rivers's own published accounts and interviews. Jarring jumps in time happen throughout the entire audiobook without adding thematic elements or explanations of Rivers's often paradoxical motivations. While the book visits all of the principal milestones in Rivers's roller-coaster career, the work still reads like a rehashed star profile rather than the insightful look at a complicated public life one hoped it would be. W.A.G. © AudioFile 2016, Portland, Maine [Published: DECEMBER 2016]