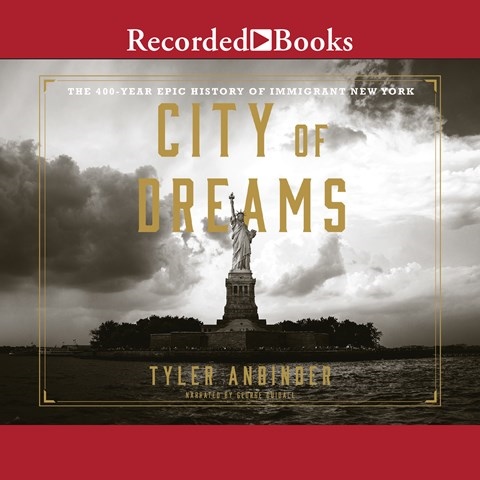 George Guidall has been narrating audiobooks for a long time with consummate skill. Here he uses his full, rich tone, elastic phrasing, and impeccable pacing to make this story of immigration to New York come alive as both a vital piece of the American story and a relevant comment on our current immigration debate. Guidall generally stays away from character voices, but he ably conveys the emotion and humanity of both immigrants and American officials, whose attitudes ranged from acceptance to outright hostility toward the newcomers. The result is a multilayered presentation of a story that all Americans should hear. R.I.G. © AudioFile 2017, Portland, Maine [Published: FEBRUARY 2017]