HomeÂ»ReviewsÂ»99: STORIES OF THE GAME 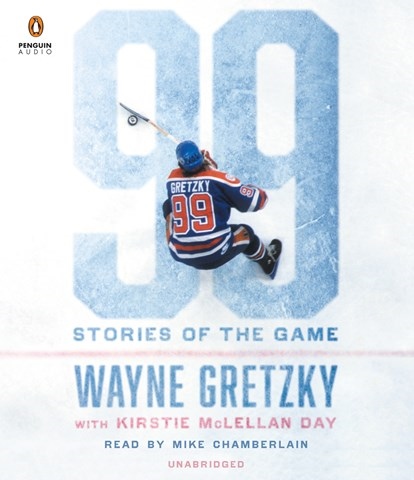 The National Hockey League celebrated its 99th birthday in 2016, and who better to be its ambassador than the man who wore number 99 on his jersey? Sadly, though, while Wayne Gretzky's love of the game pervades every word of this chronicle, Mike Chamberlain's narration reveals his lack of familiarity with hockey. He mispronounces the names of several well-known players and misses some common insider references. If you can tune out those harsh notes, Gretzky's tales--part memoir, part history--are a delight for nostalgic fans who remember watching his majesty on the ice, as well as his class and sportsmanship. D.B. © AudioFile 2016, Portland, Maine [Published: DECEMBER 2016]