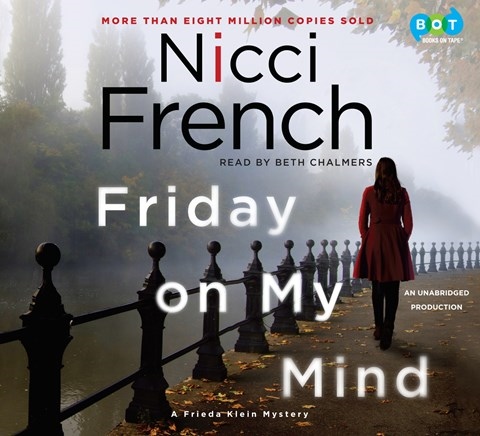 When a dead man is found in the Thames wearing a hospital bracelet with psychologist Frieda Klein's name on it, DCI Sarah Hussein and DC Glen Bryant have their work cut out for them. Narrator Beth Chalmers delivers the scant facts and obscure clues in sharp-edged tones and uses a variety of crisp British accents to differentiate the characters. DCI Hussein digs into the case, uncovering secrets that Klein doesn't want exposed. Chalmers has a gift for dialogue, shifting accents fluidly, driving the story forward. This slowly evolving mystery is convoluted, focusing on relationships and remembered hurts rather than action. Chalmers's dynamic reading brings each character to life, allowing this mystery to stand on its own. M.B.K. © AudioFile 2016, Portland, Maine [Published: DECEMBER 2016]