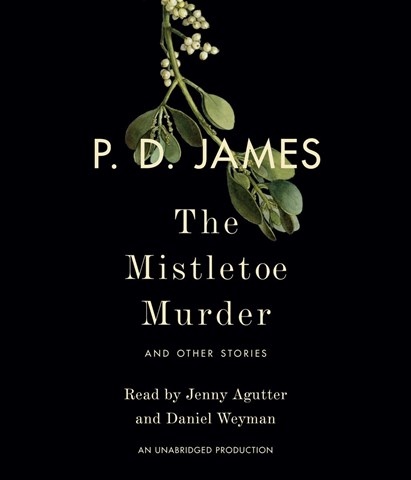 THE MISTLETOE MURDER And Other Stories

Fans of the late crime novelist P.D. James will be delighted to learn about this quartet of historical murder mystery short stories. Each one occurs during Christmastime in 1930s England. The listener is drawn into each story through the expert telling of two narrators, Jenny Agutter and Daniel Weyman, who evoke the formal setting of England in wartime through their in crisp British accents. They create an atmosphere of radio theater as they juggle multiple crime scenes, characters, and investigations. Weyman switches believably between male and female characters, which is a testament to his experience. Listeners will be left guessing the identity of the killers up to the last minute. M.R. © AudioFile 2016, Portland, Maine [Published: DECEMBER 2016]