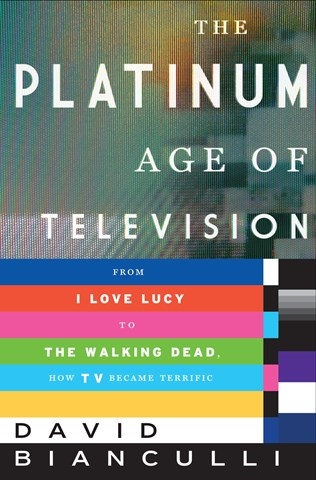 THE PLATINUM AGE OF TELEVISION From I Love Lucy to The Walking Dead, How TV Became Terrific

NPR's "Fresh Air" guest host and TV critic narrates his less-than-entertaining look at television's programming quality over the years. The author's plodding narration strangely parallels what too often seems like endless lists of series cast members. Bianculli arbitrarily identifies examples of television's evolving quality without convincing or thoughtful discussion. He often sounds like press releases for many of the television series discussed. Brief interviews with key players such as Mel Brooks pepper the work. Overall, there is insufficient interpretation, insight, and critical perspective in this book, and the workmanlike narration is congruent to it. W.A.G. © AudioFile 2017, Portland, Maine [Published: JANUARY 2017]