Home»Reviews»THE SUN IS ALSO A STAR 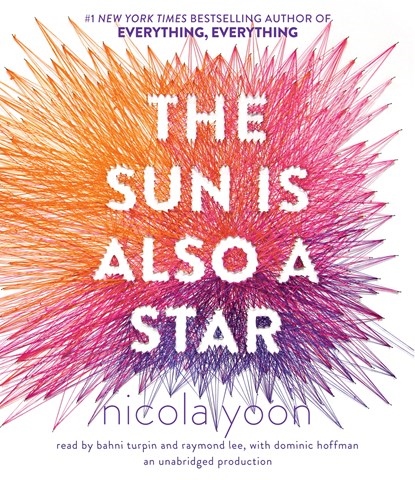 THE SUN IS ALSO A STAR

This trio of narrators turns the alternating voices in this story into a terrific audio. Bahni Turpin emphasizes the raw, seething emotions of Natasha, a Jamaican teen who is in the U.S. illegally. Natasha has only one day to avoid being deported. Into her day walks Korean-American Daniel, portrayed by Raymond Lee. Lee’s narration begins calmly but soon shows how Daniel is uncharacteristically stirred by his attraction to Natasha. Turpin and Lee convincingly portray a building relationship that begins with a rebuff but by day’s end turns to love, and finally to heartbreak. Periodically, Dominic Hoffman interjects short commentary from other characters. His wide range of accents and tones portrays aspects of many characters in the past, present, and even the future. S.W. Winner of AudioFile Earphones Award © AudioFile 2016, Portland, Maine [Published: DECEMBER 2016]