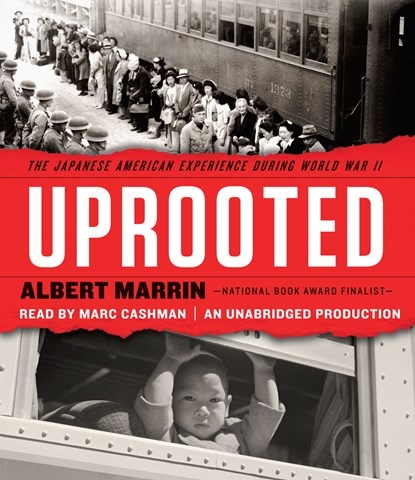 As we commemorate the 75th anniversary of the bombing of Pearl Harbor, Marrin’s ambitious audiobook gives YA listeners historical context with which to understand this important chapter in history. Narrator Marc Cashman keeps the listener engaged throughout details of Japan’s history that explain how Pearl Harbor became a military target. Cashman’s delivery is evenhanded and clear, and his steady pace allows the listener to absorb large chunks of information. His narration remains nonjudgmental as he moves to America’s own history of racism, which facilitated the incarceration of American citizens of Japanese descent in internment camps. The stories of everyday people uprooted by events beyond their control bring history to life, letting listeners recognize the humanity on both sides. N.E.M. © AudioFile 2016, Portland, Maine [Published: NOVEMBER 2016]