Home»Reviews»YOU WILL NOT HAVE MY HATE 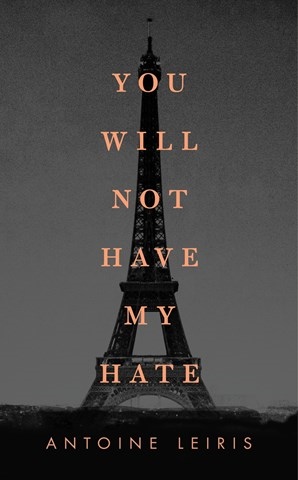 YOU WILL NOT HAVE MY HATE

Gildart Jackson provides a heartbreakingly nuanced performance of this short but significant audiobook. The Bataclan Theatre in Paris was the site of a horrifying terrorist act that took 88 lives in 2015. Leiris describes the first moments of his discovery of the attack, and his wife's death, while he is taking care of his son at home. News trickles in, friends send messages, until eventually the full picture of the carnage becomes known. Jackson's voice communicates both the pain and resilience of Leiris's experience as the author pushes back against the expectation that he express hate. Jackson's performance is reserved, a bit measured but gripping, as he voices Leiris's account of helping his young son through his grief while facing his own. S.P.C. © AudioFile 2016, Portland, Maine [Published: DECEMBER 2016]