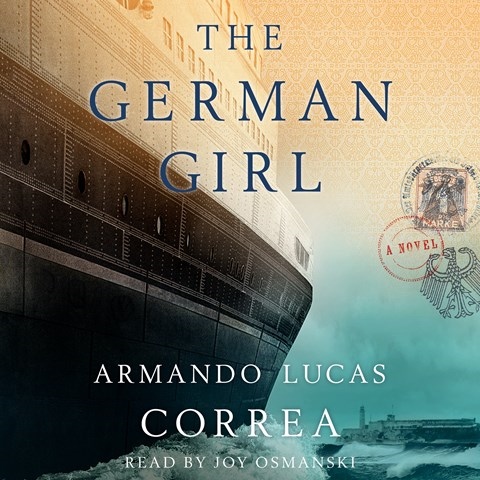 Narrator Joy Osmanski delivers the coming-of-age story of two girls who are separated by 70 years yet linked by world-changing events. Osmanski's spirited tone gives life to the anxieties and hopes of 12-year-olds Hannah and Anna, who are both burdened by loneliness and distant parents. In 1939 Berlin, Hannah plots escape from the "ogres" and faces uncertainty on a ship to Cuba. In 2014 New York City, Anna feels friendless except for her photograph of her father, who disappeared on September 11, 2001. Osmanski's character voices keep the girls center stage, while Hannah's friend Leo and the girls' parents remain less prominent characters. Even the elderly Hannah has a livelier voice than Anna's mother when they meet in Cuba. The story is winding and uneven, but hope and wonder shine brightly in these girls. M.P.P. © AudioFile 2016, Portland, Maine [Published: NOVEMBER 2016]