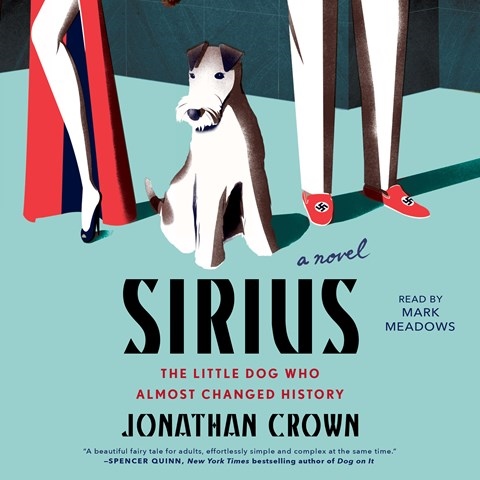 British narrator Mark Meadows puts listeners in the mind and world of Sirius, a superintelligent fox terrier who starts his global journey in 1930s Berlin. Meadows takes on different voices and accents for the wide array of characters, even the nonhuman. His German-accented reading can make some names hard to discern but lends a strong sense of place. The setting changes to Hollywood, where Sirius becomes a movie star, employing subtle acting techniques made wittier with Meadows's narration. As the story turns from a lark to a thriller, he then recounts a series of events that return Sirius to Germany and Hitler himself. Meadows's dialogue conveys the ugliness of Nazi racism, the speech patterns of cinema idols, and non-famous characters made recognizable throughout the story, all leading to a satisfying conclusion. R.T. © AudioFile 2017, Portland, Maine [Published: JANUARY 2017]