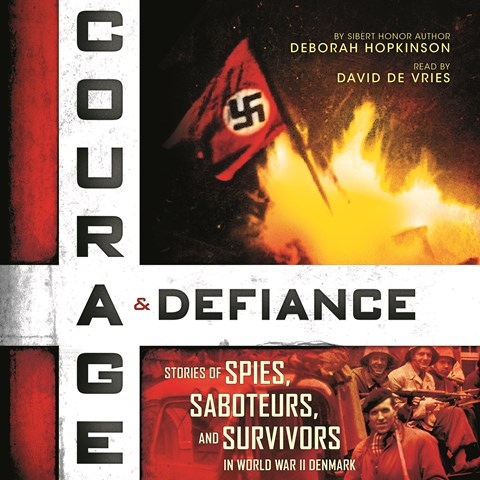 This WWII story begins with a dramatic burst of music followed by the prologue, narrated by author Deborah Hopkinson. She immediately establishes a tense tone that reflects the period of the 1940s as the Nazis expand their regime. Narrator David de Vries chronicles the Danish resistance with great passion, while honoring those who risked their lives to stand up for their nation and neighbors during the Nazi occupation. The story begins with dangerous airplane rides across the sea to share information with the British and ends with efforts to help Jewish neighbors escape arrest by traveling in fishing boats to Sweden. This historical work will captivate listeners and make them eager to learn more about resistance movements during WWII. M.D. © AudioFile 2017, Portland, Maine [Published: APRIL 2017]