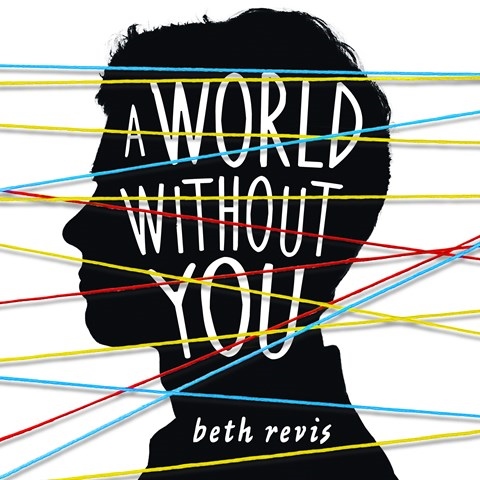 A WORLD WITHOUT YOU

Narrator P.J. Ochlan impressively portrays the complex disposition of teenager Bo, who suffers from a mental illness that causes him to believe he can travel through time. Ochlan's thunderous voice passionately depicts the anger and frustration that Bo feels as he tries to convince his family and classmates of his delusional belief that his girlfriend, Sofia, is not dead, but just lost in time. Narrator Sarah Naughton creates a genuine voice for Bo's concerned sister, Phoebe, who is trying to understand and support her brother, but also to lead her own life without feeling constant guilt. Listeners will be rapt at this story of a family struggling with the challenges of mental illness, as delivered through the strong and emotional narration of Ochlan and Naughton. M.D. © AudioFile 2016, Portland, Maine [Published: DECEMBER 2016]