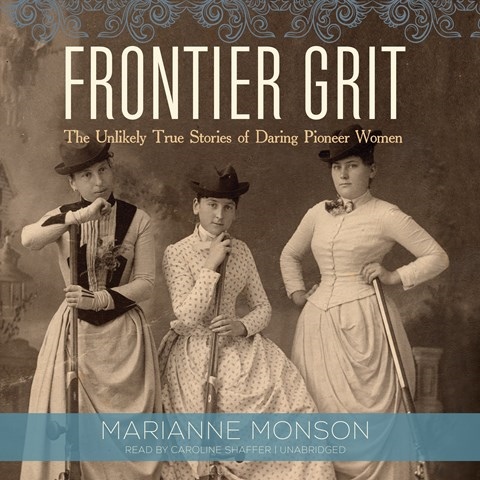 There's admiration in Caroline Shaffer's voice as she narrates the stories of 12 women and their accomplishments in the American West. At the end of each chapter, author Marianne Monson shares the inspiration she found in each story. There are firsts: the first woman to register to vote in Oregon, the first Mexican-American female novelist, the first female state senator. There are stories of adventure, such as that of a woman who, disguised as a man, drove a stagecoach. There are personal stories, such as an African-American businesswoman's search for her daughter. Shaffer performs a variety of voices to preserve the women's words. Listeners will no doubt find the women Monson writes about as admirable as she does. J.A.S. © AudioFile 2016, Portland, Maine [Published: NOVEMBER 2016]