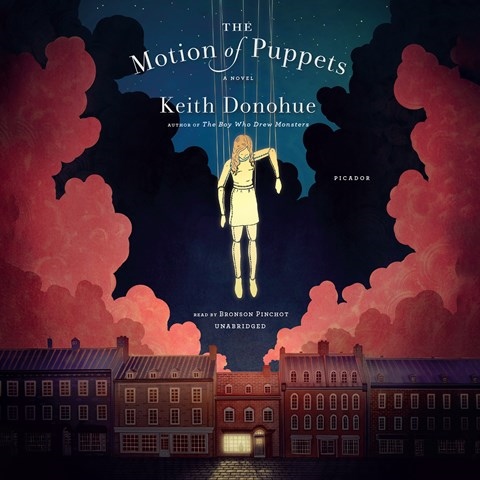 THE MOTION OF PUPPETS

In their strolls around the Old Town of Quebec, a newlywed couple often wanders by a shop displaying puppets in the window. She is mesmerized. He isn't quite sure about them. One night she disappears without a trace. Narrating with understated conviction, Bronson Pinchot leads the listener through this dark, fantastic, highly original tale of a man who never doubts he'll be reunited with his true love. Pinchot's tenor and pace perfectly match the author's hypnotic prose, and Pinchot is particularly adept at giving every character, especially the puppets, inventive voices. The novel advises, "Never enter a toy store after midnight," but once you have, you'll want to hear every last word of this intoxicating tour de force. B.P. Winner of AudioFile Earphones Award © AudioFile 2016, Portland, Maine [Published: NOVEMBER 2016]