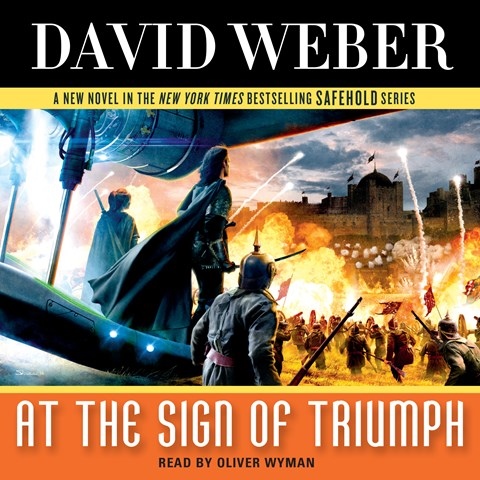 Oliver Wyman narrates the ninth and final installment of Weber's Safehold series with deft accents and passion. The Church of God Awaiting is still at war with Charis after eight long years. Their champions are fighting for their lives and the supremacy of the race. Wyman cheerfully and steadily reads this long audiobook, filled with battle scenes, political intrigue, and flashbacks to post-Civil War America. He uses a light voice and comfortable tone for the narrative and background, with audible gulps of air at the end of action-packed paragraphs. While Wyman gives each character a slightly different accent, sometimes so subtle that it's difficult to tell who is speaking, his narration flows seamlessly over the foreign words and places that make up the Safehold universe. M.B.K. © AudioFile 2017, Portland, Maine [Published: MARCH 2017]