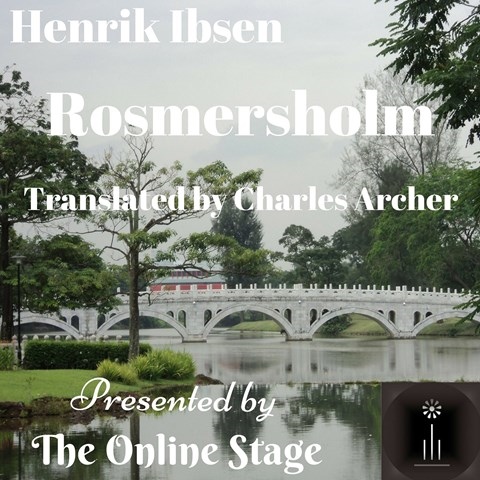 The cast does a stellar job presenting this Ibsen play. It centers on Norwegian social and political change through the eyes of Johannes Rosmer, a minister, and Rebecca West, a freethinker who wants to help Rosmer create a world of happy, independent people. John Burlinson superbly plays Rosmer, who questions his faith and goes from passive to outspoken. K.C. Cross expertly portrays West, whose emotionally charged confession that she drove Rosmer's wife to suicide upsets everyone, particularly the biting Professor Kroll (Alan Weyman). Authentic sound effects such as creaking floors and the lighting of an oil lamp help listeners visualize the action as they seemingly eavesdrop on intimate conversations. S.G.B. © AudioFile 2016, Portland, Maine [Published: DECEMBER 2016]