Home»Reviews»TAILS OF JAXX AT THE METROPOLITAN OPERA 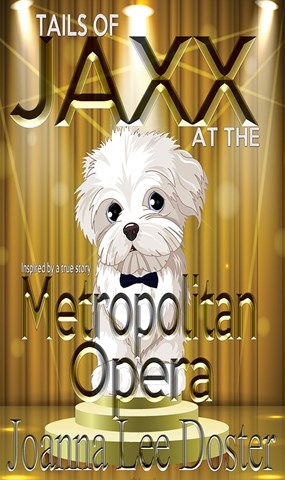 TAILS OF JAXX AT THE METROPOLITAN OPERA

Narrator Andrea Emmes has the perfect voice for this delightful pooch, who gets separated from his owner when a blizzard hits New York City. Jaxx, a Maltese, is rescued by Clarence, a Metropolitan Opera security guard, and Francesca, the wardrobe mistress. Their accents--his, New York and hers, French-- add to the story's atmosphere as do picturesque descriptions of the city and its people. Jaxx is an adorable storyteller who recounts behind-the-scenes details of the singers' spirited rehearsals. When Jaxx meets Caramello, the opera's resident cat, also wonderfully rendered, he helps solve the mystery of who is stealing from the opera. Listeners will enjoy hearing Jaxx triumphantly take the stage as a stand-in and finally being reunited with his owner. The character of Jaxx is based on the author's dog, a real-life animal performer with the Metropolitan Opera. S.G.B. © AudioFile 2016, Portland, Maine [Published: NOVEMBER 2016]