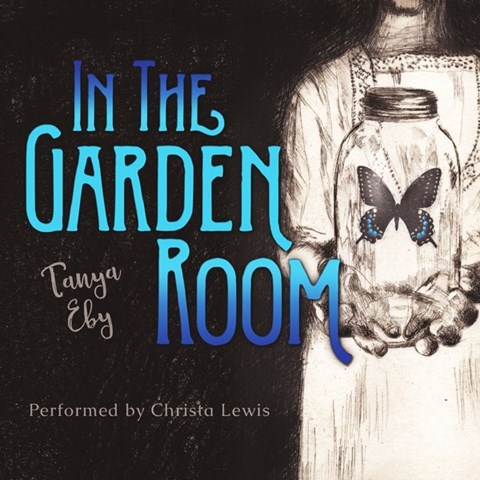 IN THE GARDEN ROOM

Christa Lewis narrates this dark story about a young mother who dreams of a lavish life in 1910 Chicago but is devastated to discover that the man who enticed her to the big city does not plan to marry her. As Cora loses her sanity, Lewis dramatically portrays her increasing hysteria and rambling paranoia. Cora's daughter, Lillian, who escaped to Chicago with her mother, is at first presented with a simpering tone. But Lewis gradually portrays the girl's passive acceptance of her horrible fate as the freshest flower in a brothel called The Garden Room. Cora's father searches tirelessly for his lost wife and daughter, and Lewis depicts his desperate guilt and heartbreak. N.M.C. © AudioFile 2016, Portland, Maine [Published: NOVEMBER 2016]