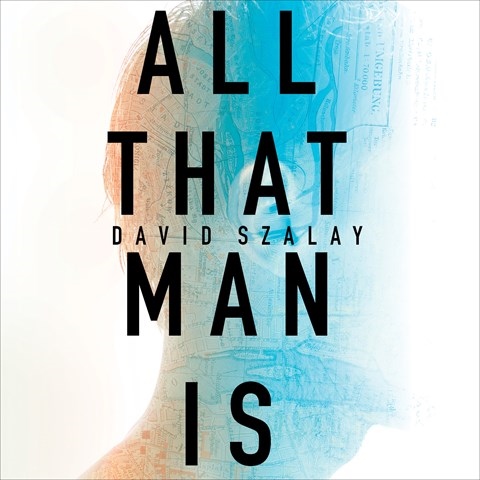 ALL THAT MAN IS

Three narrators take listeners on a journey through the lives of nine men, whose ages range from 17 to 73. Seán Barrett, Mark Meadows, and Huw Parmenter each take on three of the men's stories. Parmenter's narration of the younger men's listless lives feels ambivalent and leaves the listener wondering if these men are going anywhere. Meadows's steady interpretation of the middle-aged men grounds the work. His voice is the strongest, giving his stories added power. Rounding out the novel, Barrett, with a gruffer sound than the others, paints a picture of the later lives of the final three men. Putting all of the stories together, ALL THAT MAN IS depicts the life of man in the 21st century. A.G.M. © AudioFile 2017, Portland, Maine [Published: JANUARY 2017]