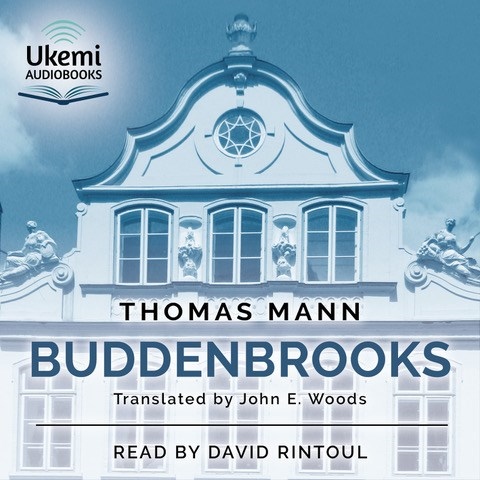 BUDDENBROOKS The Decline of a Family

Mann's saga of a nineteenth-century German merchant family is the kind of audiobook that envelops listeners in its long story. David Rintoul serves this end by imbuing his skillful narration with understanding, emotional warmth, and occasional passion. His delivery of narrative is deep, resonant, and engaging, his reading supple, well paced, and clear. He differentiates the many characters with a light touch, saving extremes for characters who call for them. He usually manages the difficult job of conveying English versions of German dialects, odd accents, and vocal peculiarities adeptly. But his key talent, and most subtle, is his ability to engage the listener mentally and emotionally with the characters and story, which becomes absorbing and easy to listen to over its great length. W.M. © AudioFile 2017, Portland, Maine [Published: JULY 2017]