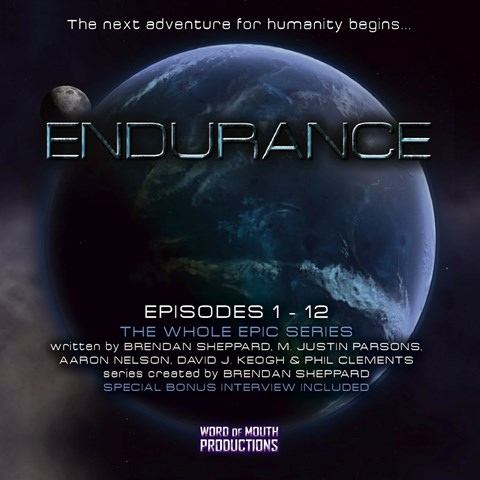 Some volunteer. Some are sought. Either way, 12 extraordinary individuals--from a holographic designer to a member of the clergy and an Olympic hopeful--have been brought together to pilot the bold and mysterious "Endurance" project, which may be the last, best hope for humankind. Following in the lofty BBC radio-drama tradition, this full-cast production by British-based Word Of Mouth Productions emphasizes big, broad cityscape sound effects, bold orchestral music, and, of course, a nefarious evil organization that stands in the way of the heroes reaching their goal. "Prepare yourself for the ultimate journey," Colonel Orion says to his crew, and that might be good advice for the listener as well. The sound of adventure awaits. B.P. © AudioFile 2017, Portland, Maine [Published: FEBRUARY 2017]