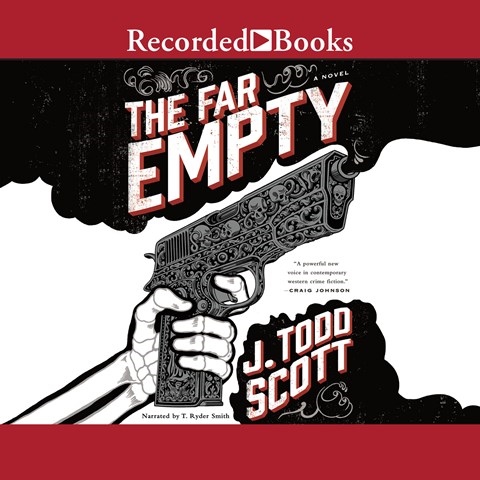 Part crime story and part contemporary Western, THE FAR EMPTY blows the West Texas dust off a town's skeletons (literally), causing a deputy sheriff to take on the powers that be. The confident style, masterful descriptions, and sturdy plot structure resonate as the work of a seasoned author, which is why it's hard to believe that this is J. Todd Scott's debut novel. It's also hard to believe that narrator T. Ryder Smith is a New York native. His natural-sounding West Texas voicings include the border-town accent of the cruel sheriff and the calm, strong-willed tones of a Mexican high school student. Let's hope the team of Scott and Ryder stays in the saddle for future audiobooks. Like cornbread and molasses--they're meant to be together. R.W.S. Winner of AudioFile Earphones Award © AudioFile 2017, Portland, Maine [Published: JUNE 2017]