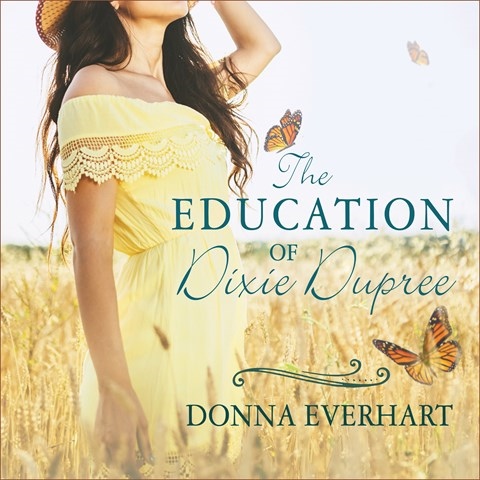 THE EDUCATION OF DIXIE DUPREE

Narrator Amy Melissa Bentley is a spunky Dixie Dupree, who is dealing with the head-on collision between her innocence as an 11-year-old and the harsh reality of her life. Her parents are divorcing, and Dixie is frequently the recipient of her unstable mother's quick rages. To preserve appearances, Dixie tells lies, but her lies entangle her in a web of deceit that even her child's wild imagination could not have foreseen. Dixie's diary offers her version of the facts, providing insights into the abuse she endures. Bentley's accents and attitudes are just right as she portrays a bright, hopeful Dixie; her mercurial mother and alcoholic father; her older brother, AJ; and relatives who add to the family's problems rather than help. Gritty writing and a brutally truthful narration make this poignant listening. S.J.H. Winner of AudioFile Earphones Award © AudioFile 2016, Portland, Maine [Published: DECEMBER 2016]