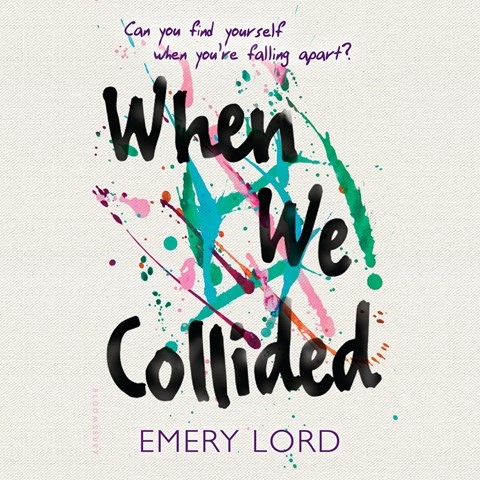 Narrator Elizabeth Evans quickly defines the vivaciousness of 17-year-old Vivi, capturing her impassioned thoughts and tinges of cynicism. The overall impression is of Vivi's enthusiastic intensity and captivating ultra-cheer. This characterization forms a startling contrast to Raviv Ullman's subdued portrayal of Jonah, who is still grieving his father's death and exhausted by taking care of his three young siblings while his mother lies catatonic in her bedroom. These jarring differences represent the titular relationship collision of the two teens as their opposite natures attract. Gradually, differences widen, and individual portraits deepen as Evans amps up Vivi's moods to reveal her bipolar swings, and Ullman's Jonah responds more honestly to his overwhelming situation. Evans and Ullman's excellent narrations fully realize the intensity of the characters. S.W. Winner of AudioFile Earphones Award © AudioFile 2016, Portland, Maine [Published: DECEMBER 2016]