Home»Reviews»THE HEART OF A SCOUNDREL 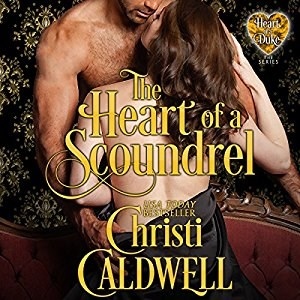 THE HEART OF A SCOUNDREL Heart of a Duke, Book 6

Narrator Tim Campbell gives a sizzling performance in this story of a scoundrel transformed by his love for a young woman. Campbell's English accent and rich, low tones perfectly capture the allure of the detestable and delectable Edmund, Marquess of Rutland, who plots revenge on a former lover by ruining her niece. Campbell's falsetto tones mingled with a tone of sweetness bring out Miss Phoebe Barrett's disarming gentleness, which distracts Edmund from his original plan as she becomes the new object of his desire. The nuances of societal roles are deftly conveyed through the formal tone of Edmund's butler and the restrained tones of the gentlemen. Campbell successfully brings out the lusciousness and lasciviousness of this titillating Regency romance, making for a captivating listening experience. M.F. Winner of AudioFile Earphones Award © AudioFile 2017, Portland, Maine [Published: JANUARY 2017]