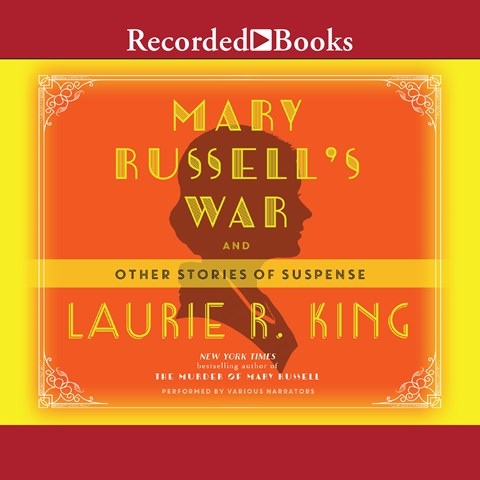 MARY RUSSELL'S WAR And Other Stories of Suspense

Susan Bennett, John Keating, Robert Ian Mackenzie, and Jenny Sterlin, the narrators of this (let's be honest) uneven collection of audio stories, are absolutely stellar, with dazzling vocal range and skill with characters of all ages and backgrounds. King's idea is to fill in how Russell became the woman who could capture Sherlock Holmes's respect and affection, let alone hold his interest. It is clever period fiction, presenting the conceit that Holmes and Russell were real people who pretended to be fictional to fool the armies of groupies and fanboys who otherwise plagued them. There is no suspenseful through line, some of the pieces are extremely slight, and when in the Christmas story Mary is 92 and Holmes is still alive (at 132), you do start to wonder. It's silly, but great fun. B.G. © AudioFile 2017, Portland, Maine [Published: AUGUST 2017]