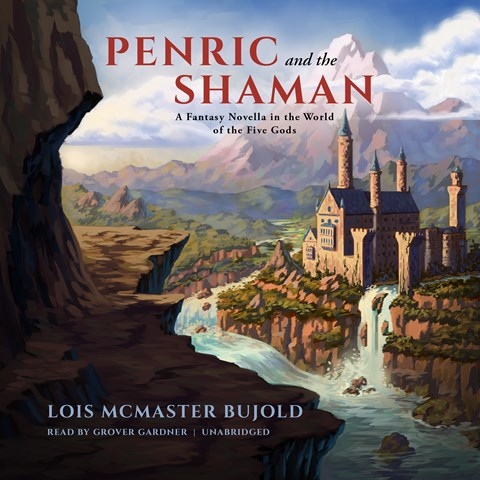 Narrator Grover Gardner's wiry, rough tones evoke the stark mountain wilderness and grueling hardships in the world of the Five Gods. Penric, sorcerer, scholar, and divine of the Bastard's Order is sent on a quest to track a runaway shaman. Gardner's inflection, while brusque, belies a tenderness that lends humanity to hardened characters. The story also focuses on the travels of the shaman, Inglis, and Gardner's command of the narrative helps listeners stay invested in the overlapping tales. While the story may be harder to follow for those unfamiliar with the World of the Five Gods, listeners will enjoy Penric's resilience and humor, Bujold's world-building, and Gardner's delivery. K.S.B. © AudioFile 2017, Portland, Maine [Published: JANUARY 2017]