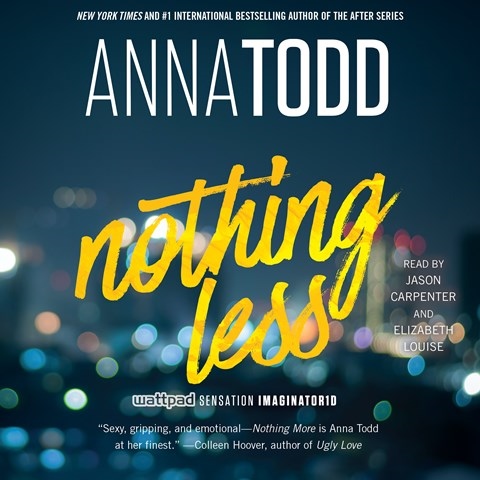 Landon Gibson gets married and has a child, but to whom and by whom? Is it his longtime girlfriend, Dakota, or the mysterious and beautiful Nora, a woman with deep secrets. Narrator Jason Carpenter's rich, mellifluous voice is a perfect foil for narrator Elizabeth Louise's varied and sincere portrayals. Both narrators act well and bring a sincerity to the relationships being built and destroyed in this second book in the two-part story. Although having read the previous book, or some of the "After" series offerings, might deepen the impact of this audiobook, it does stand alone. A.C.P. © AudioFile 2017, Portland, Maine [Published: FEBRUARY 2017]