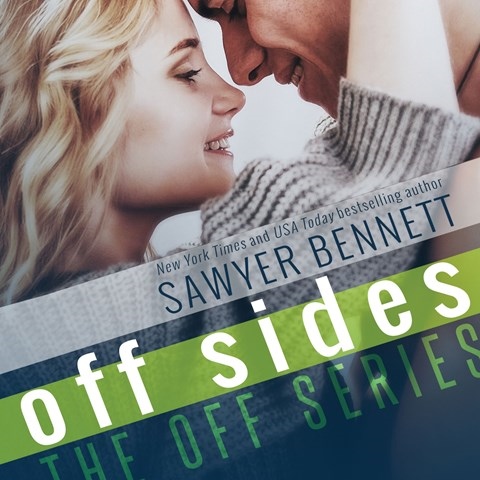 OFF SIDES Off, Book 1

When Ryan Burnham, a wealthy college hockey player, meets struggling Danny Cross, who works as a waitress to pay for college, it's a meeting of polar opposites. Narrators Charlotte North and Matthew Holland deftly present the alternating chapters from each character's perspective. Supporting characters, frequently changing action, and emotional highs and lows are realistically portrayed in this contemporary yet old-fashioned love story. Ryan's incredulous friends and his social-climbing mother are nasty and critical to Danny, hoping to break up the relationship. Hearing Danny's backstory is heartbreaking; when both of her parents died, she relinquished her scholarship to Julliard. Yet she remains optimistic and kind, even to her detractors. The standout creation is fiery Paula, Danny's older friend and roommate who loudly challenges anyone who's malicious to Danny. Listeners will enjoy hearing how Danny and Ryan work to overcome the countless obstacles between them and a happy handing. S.G.B. © AudioFile 2017, Portland, Maine [Published: FEBRUARY 2017]