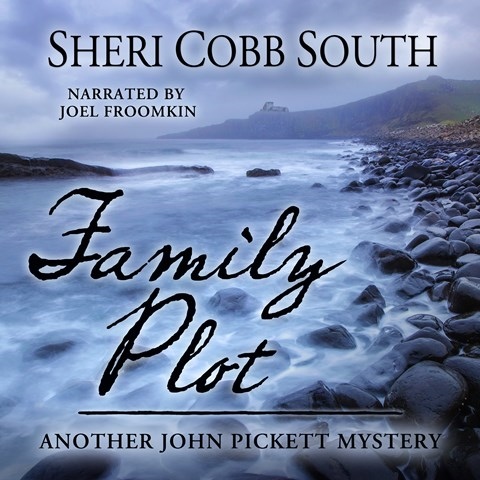 There isn't an accent or a personality type--no matter how quirky--that Joel Froomkin doesn't nail in this third John Pickett mystery. Pickett is called to Scotland to investigate the mysterious return of the Kirkbrides' prodigal daughter. Froomkin turns up the heat when Pickett checks into a hotel and learns that Mrs. Pickett is in residence. Listeners will chuckle to learn it's really Lady Julia Fieldhurst--who has previously been helped by Pickett and who is now trying to hide her identity. As Fieldhurst, Froomkin sounds warm yet upper class while Pickett's humbler status is apparent. Froomkin's Scottish accents are strong yet understandable when the pair investigate whether Miss Kirkbride is an imposter. An added treat is the reappearance of Pickett's flamboyant benefactor, Magistrate Colquhoun, one of Froomkin's most exuberant creations. S.G.B. Winner of AudioFile Earphones Award © AudioFile 2018, Portland, Maine [Published: JANUARY 2018]