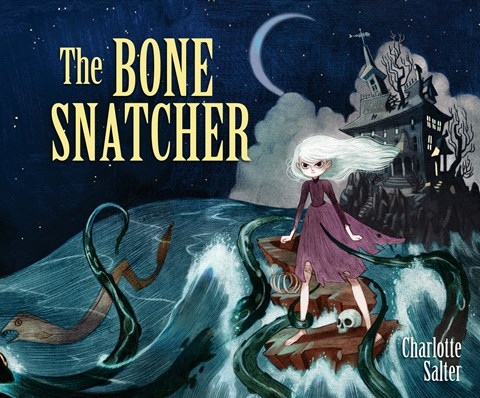 Narrator Eilidh Beaton superbly introduces Salter's macabre debut. As a "sea fever" grips the world, the ocean brims with sea monsters, so everyone flees to the New Continent, except for Sophie, whose family abandons her to a strange family on an island. On an estate reminiscent of Lovecraft or the Addams Family, twin boys follow Sophie through the halls, taunting her in eerily spooky singsong in endlessly repeating variations. Scree, the caretaker and Sophie's guide, has a kindly voice, though he's somewhat impatient with Sophie's rebellious streak. The twins' mother, "The Battleship," bellows insane orders like a general. Sophie's only respite is the soft-spoken nephew, Cartwright, who returns to look for a mysterious box. M.F.T. © AudioFile 2017, Portland, Maine [Published: MARCH 2017]