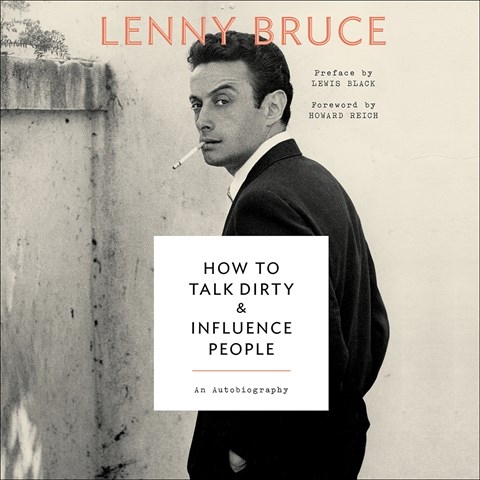 HOW TO TALK DIRTY AND INFLUENCE PEOPLE An Autobiography

Lenny Bruce was a comic who liked to shock--before that became commonplace. His autobiography covers the period from his earliest days on stage to the height of his popularity and ensuing legal troubles, in part for obscenity. Narrator Ronnie Marmo does an impressive impersonation of Bruce with emotive fluctuations in nearly every line he reads. However, his approach becomes cumbersome at times and raises the question of whether Bruce's everyday manner of speech would be the same as his comedic persona's. Overall, Marmo's consistently sardonic tone limits listeners' ability to connect with Bruce. While there are several introductions (including Lewis Black's), it would have been more valuable to have others besides Marmo (even the authors themselves) narrate them. L.E. © AudioFile 2017, Portland, Maine [Published: APRIL 2017]