HomeÂ»ReviewsÂ»A PIECE OF THE WORLD 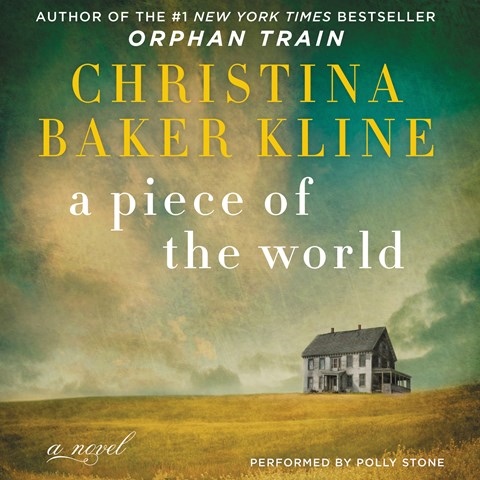 A PIECE OF THE WORLD

Polly Stone's first great choice in performing this lovely audiobook is to not attempt a Downeast accent for Christina Olsen, which would have made her humanity less universal, and which no one gets right anyway. Christina is the model for the woman in the field in Andrew Wyeth's famous painting CHRISTINA'S WORLD. In telling a story of her, Kline runs a huge risk because it's the wondering who Christina is and what she is feeling that gives the picture its power. Making her specific might have destroyed our connection to her, but, instead, amazingly, Kline paints a Christina just as evocative and memorable as Wyeth's. Stone does the best possible thing in her performance; she becomes invisible, letting this remarkably imagined Christina live and shine. B.G. © AudioFile 2017, Portland, Maine [Published: MARCH 2017]