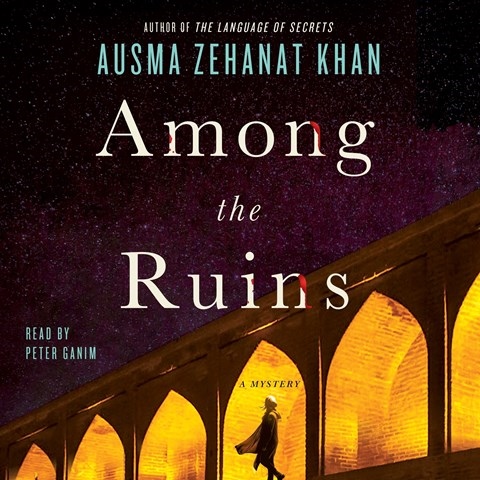 AMONG THE RUINS Rachel Getty and Esa Khattak, Book 3

Narrator Peter Ganim delivers all the urgency that is packed into Khan's novel. Esa Khattak is on leave from Toronto's police after having killed someone during his last case. While visiting Iran, he's asked to look into the death of Canadian-Iranian filmmaker Zahra Sobhani, whose documentary film is critical of the current regime. While seeking the release of a political prisoner at the infamous Evin prison, Sobhani was arrested, tortured, and killed. In Khan's third novel featuring policeman Khattak, he works to uncover clues in Iran while his partner in Toronto investigates Sobhani's life in Canada. Ganim slowly unravels the convoluted threads of the plot--which goes all the way back to the shah of Iran--revealing the officers' progress and providing lyrical descriptions of the countryside. S.J.H. © AudioFile 2017, Portland, Maine [Published: APRIL 2017]