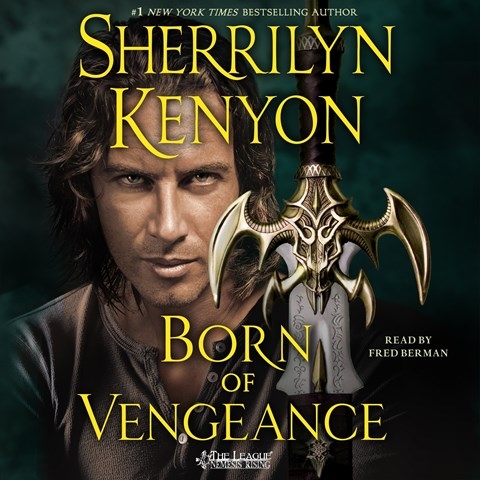 Fred Berman's distinct voices paint the pictures of Gyron Force Captain Bastien Cabarro and the woman he still loves, Major Ember Wyldestarrin. Accused of the murder of his royal family of Kirovar, Bastion is banished to a life as a Ravin, a target for all assassins in training. In this future, The League is in control but is constantly being harassed by rebels like Bastion and Ember, who are seeking justice. Listening to Berman tell this story, one is transported to the future in an outer space full of action and intrigue. As complex as the story is, this installment works as a stand-alone. Bonus material puts frosting on the cake. Kenyon continues to excel in the genre. A.M.G. © AudioFile 2017, Portland, Maine [Published: MARCH 2017]