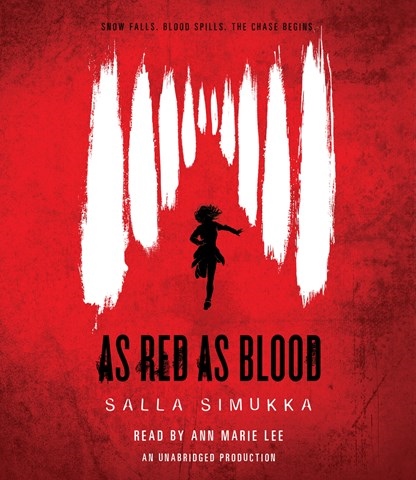 AS RED AS BLOOD The Snow White Trilogy, Book 1

Scandinavian mysteries, so popular with adults, now reach young adult listeners with this translated series by Finnish author Salla Simukka. Ann Marie Lee narrates the opening book of this Snow White trilogy. Lee's portrayal of Lumikki (which means Snow White in Finnish) rapidly establishes the 17-year-old's wit, independence, and chameleon-like personality. Reminiscent of Lisbeth Salander (THE GIRL WITH THE DRAGON TATTOO), the heroine is newly arrived at a boarding school, where she discovers 30,000 blood-covered euros. The money involves her with schoolmates who fear a drug lord. Occasionally, the story becomes disjointed as Lumikki's sleuthing in the present veers off into stories from her past, fairy-tale references, and varying points of view. But Lee's reading is as active and dramatic as the quick-paced story. She is facile at shifting between viewpoints and accents, dialogue and narrative. S.W. © AudioFile 2017, Portland, Maine [Published: FEBRUARY 2017]