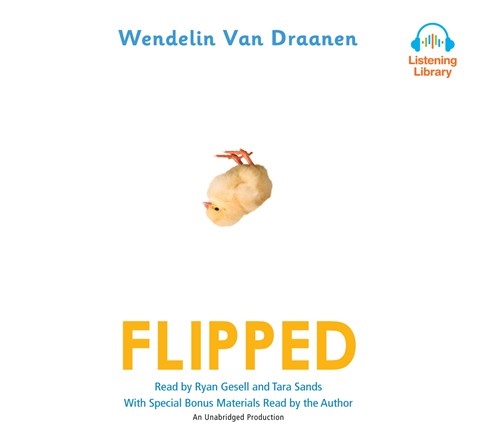 When Juli and Bryce meet at age 7, she falls for him, and he runs. Half a decade later, Bryce is still running--or is he? Ryan Gesell and Tara Sands take turns narrating this young adult romance, which explores a number of contemporary themes, especially the idea that first impressions aren't always what they're cracked up to be. Gesell and Sands hook listeners with their believable teen attitude and unaffected, expressive, well-paced performances. Bryce's insecurities and growing pains and Juli's inquisitiveness and fearlessness are front and center, making it easy to root for a happy ending. The audiobook concludes with bonus material by Van Draanen, who shares, among other things, her fan mail and thoughts about the movie version of her book. C.B.L. Winner of AudioFile Earphones Award © AudioFile 2017, Portland, Maine [Published: FEBRUARY 2017]